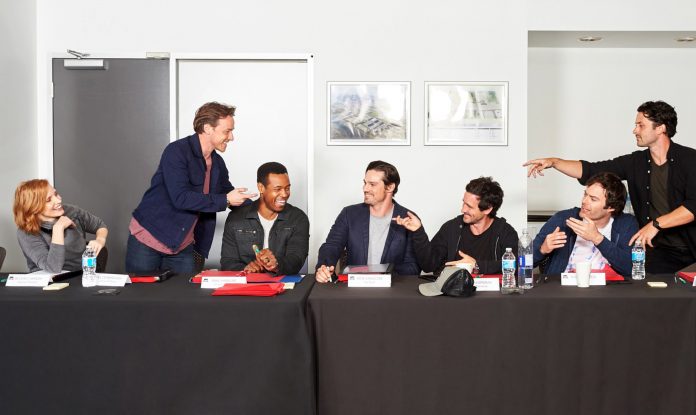 We’ve heard the cast announced one by one, now we see them together.

In IT: CHAPTER TWO, the Losers Club is all grown up. Warner Bros. released the first official photo of the cast together. You can see it above! Here they are from left to right….

If you’re not familiar with the Stephen King novel or the TV miniseries, the second chapter of IT features the kids that make up the Losers Club returning to Derry 27 years after the events of the first movie. Bill Skarsgard will return as Pennywise the Clown and Andy Muschietti is back in the director’s chair. IT: CHAPTER TWO is scheduled for release on September 6, 2019.

It can’t get here soon enough.