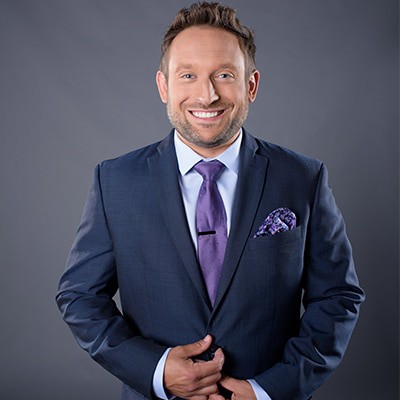 The Unauthorized Bio of Marcus Leshock:

My name is Marcus Leshock and I’m an anchor/reporter on the WGN-TV Morning News in Chicago. You’ll see me on the air every weekday between the hours of 4-9am. I anchor a segment called “What’s Trending,” where we wrap together all of the stories, videos and photos people are sharing online at that moment – all to get you up to speed on the interesting things the world is sharing as you head out the door.

My other segments at WGN include “Coastin’ The Country,” where I travel the United States riding some of the world’s most unique roller coasters and introducing you to the people who built them, and profiling other interesting people and places along the way. I’m a huge roller coaster enthusiast and love meeting new people and sharing their stories with the world. We also put together regular features all around the Chicago area on the people and places that make the region so special. We’re always looking for new stories to tell – this website is a great place to get in touch with me if you have an idea!

Before I joined WGN in 2009, I was the host of a nightly entertainment show called “Metromix” on CLTV, Chicago’s 24-hour cable news channel. My anchoring/hosting work has won four Emmy Awards and has taken me all around the world – from Napa Valley, California to Edinburgh, Scotland, reporting live from technology events in San Francisco and San Jose.

Other than WGN-TV, I also serve as an adjunct instructor at Northwestern University’s Medill School of Journalism. And when I’m not at work, you’ll find me at home with my wife chasing our two kids around the house.

I want to thank you for taking the time to visit the website. If you have any feedback for me or a story idea, be sure to reach out in the contact section!

[td_block_text_with_title custom_title=”CONTACT ME”]If you have a news tip, a place you think I should visit on television, or just want to say hello – you can do so using the contact form below or reach out to me through any of my social networks (Facebook, Twitter, etc). I’m also available for speaking engagements, event hosting, or teaching opportunities.

If you’re looking for a television host for your next fascinating project, I’m always interested to hear about that as well! You can contact me below.[/td_block_text_with_title]