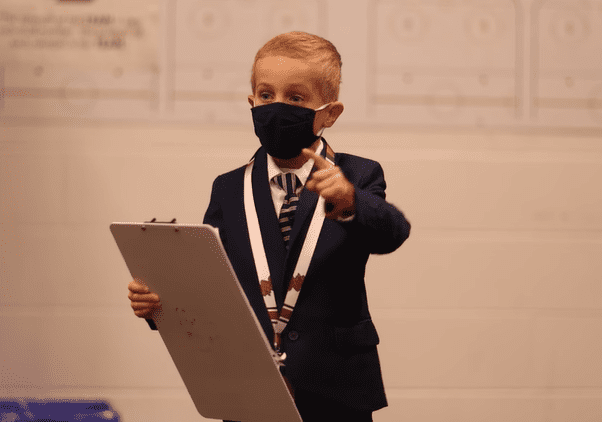 Legends are made every day and you could be one of the greats!

That’s how six year-old Callan Perks started his pre-game speech for the Peterborough Petes in Ontario, Canada. The team held a contest for kids to join the Petes hockey operations and entertainment staff for a day. Overall, 10 kids between the ages of 5-12 were selected, all signing one day contracts in a press conference over the weekend, according to PTBO Canada.

Callan says he wants to be a hockey player in the NHL when he grows up. He plans to have a career as a hockey coach or a general manager after his playing days are done. Best of luck, Coach Cal!

You can read more about Coach Cal here.