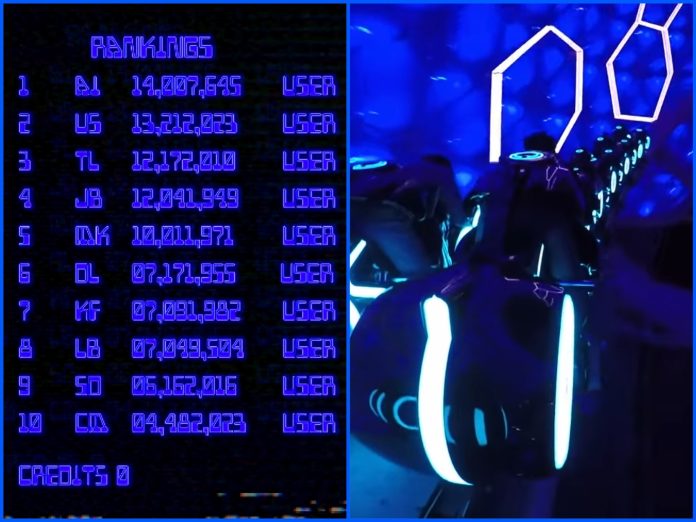 Yesterday was an interesting day for fans of Walt Disney World.

The official Disney Parks social accounts posted a video appearing to tease the TRON Lightcycle Run opening date. If you’re not familiar, TRON is the new roller coaster being built at the Magic Kingdom of Walt Disney World in Orlando, Florida. It’s a motorcycle style coaster that launches riders both indoors and outdoors with all kinds of cool lighting effects.

Disney first announced the new ride back in July of 2017. Construction has been well underway for over five years now. Recently we were told that TRON would open in “Spring 2023.” And yesterday we got this video:

It looks like the list of high scores you would find on a video game like TRON. That first line is exactly that – the top score on the TRON video game. If you were on social media yesterday you likely saw many Disney fans doing their best to break down the different lines and what they might mean. Hear is a screenshot of the list of scores: 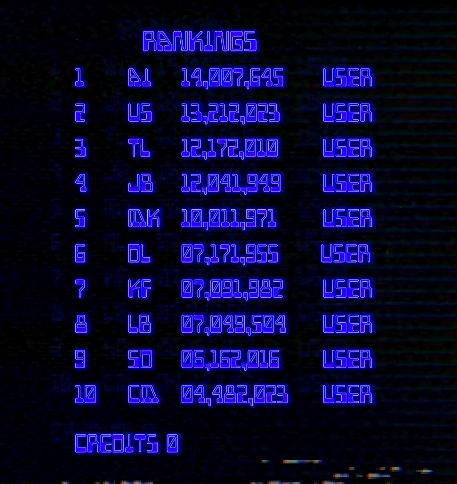 So what DOES this all mean? A few of them are fairly obvious.

Let’s break down those question marks from above:

I believe the US before this line tells us that this is the United States debut for the TRON attraction. My first inclination was to see the 13212023 and think that was a March 21st date. But there’s a 1 before that 3. I think BlogMickey is right in thinking 3+1 and going with 4, which would mean a 4-21-2023 U.S. debut for TRON Lightcycle Run.

I have no clue with this one. Could it be something related with to the stats ride? I really can’t figure this one out.

This one is likely all about the cast member preview day – or dates. Disney usually gives their employees a few days to experience a new ride BEFORE it opens to the public. I’m going with cast member Preview Dates April 4-8, 2023 (4 48 2023).

So to recap, my predictions for all of this are:

It seems like we will get official confirmation of the opening date from Disney Parks very soon. Until then, let the speculation continue! When do you think the TRON Lightcycle Run Opening Date will be?

If you haven’t seen TRON in action, here is a video of the ride at the Shanghai Disney park:

Marcus Leshock - Jan 2, 2023 0
A group of birdwatchers were out on New Year's Day at Waukegan Harbor when they spotted a large bird out on a small patch...