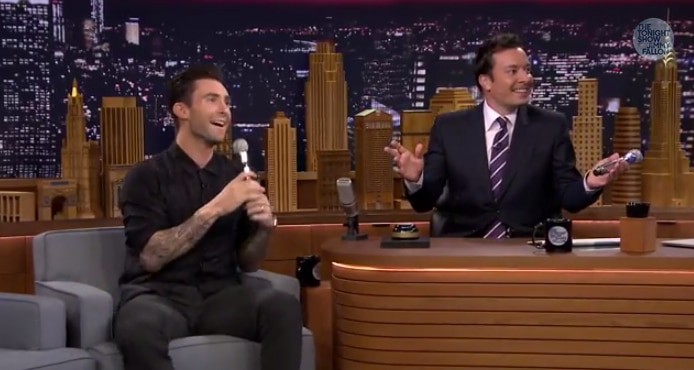 “The Voice” star, Maroon 5 frontman, the guy who played Is That Adam Levine? on “American Horror Story,” and now – Master Impressionist.

Adam Levine was a guest on “The Tonight Show with Jimmy Fallon” and played a game of musical impressions. Digital wheel lands on an artist and a song, you sing the song like that artist. The affair led to some pretty interesting combinations – Michael Jackson singing the “Sesame Street” theme, Frank Sinatra taking on “Head, Shoulders, Knees and Toes,” and Eddie Vedder lamenting about “The Muffin Man.”

And guess what? Adam Levine does some pretty darn good impressions. Take a listen…