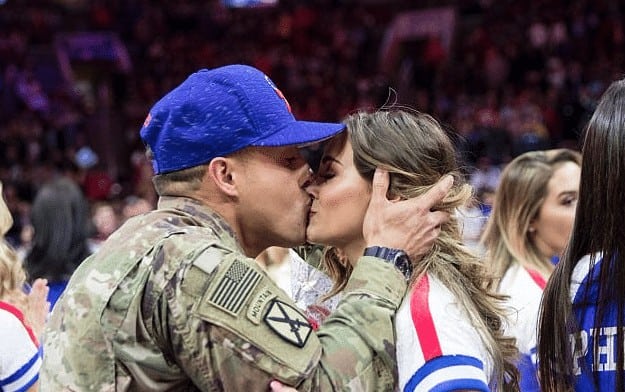 Army Sergeant Elliott Burgos appeared on the jumbotron at a Philadelphia 76ers game over the weekend with a special holiday message for his family, including his girlfriend who is a dancer with the team in her rookie year. Burgos has been serving our country from Camp Buehring in Kuwait.

What his girlfriend Angela DIDN’T know – he wasn’t just on the jumbotron. He had actually returned home and was waiting to run out onto the court and surprise her.

Here’s how it all played out…well done, Sergeant.

Getting a little dusty in here… pic.twitter.com/cNng1HLbYM