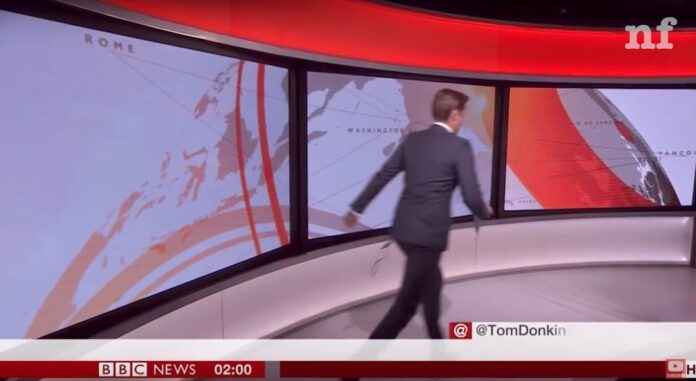 Early on in my television career, a colleague gave me some advice. He said “Know where you are. Know where you’re going.” It sounds simple, but in the world of live television, you just don’t know what could happen next.

Or when technology will leave you hanging.

Enter the BBC’s Tom Donkin, who was fronting a report on Hurricane Irma’s landfall in Florida. Donkin found himself rushing onto the set, not quite sure what camera to look at, before finally locking in to deliver his report. Nice recovery! Watch the video…

Donkin says it was a “wayward camera” that messed things up. We’ve all been there….which makes it easier to laugh off….especially if it’s not you on the set this time!