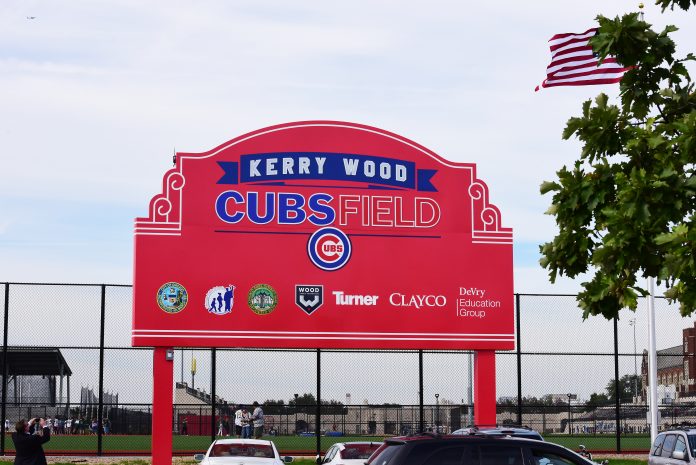 This week, the ribbon was officially cut on the Kerry Wood Cubs Field. It’s a $5 million stadium with seating for 1,100 spectators, expected to be used by Chicago public high schools across the city throughout the baseball season. The project was funded by the Chicago Cubs, Chicago Cubs Charities, the Wood Family Foundation, the City of Chicago, the Chicago Park District, Chicago Public Schools and Turner Construction.

The field is located on Rockwell St. near Addison St. on the Lane Tech High School campus. Here are some photos from the ribbon cutting, taken by Joe Houston & Greg Giuliani of Shown By Drones… 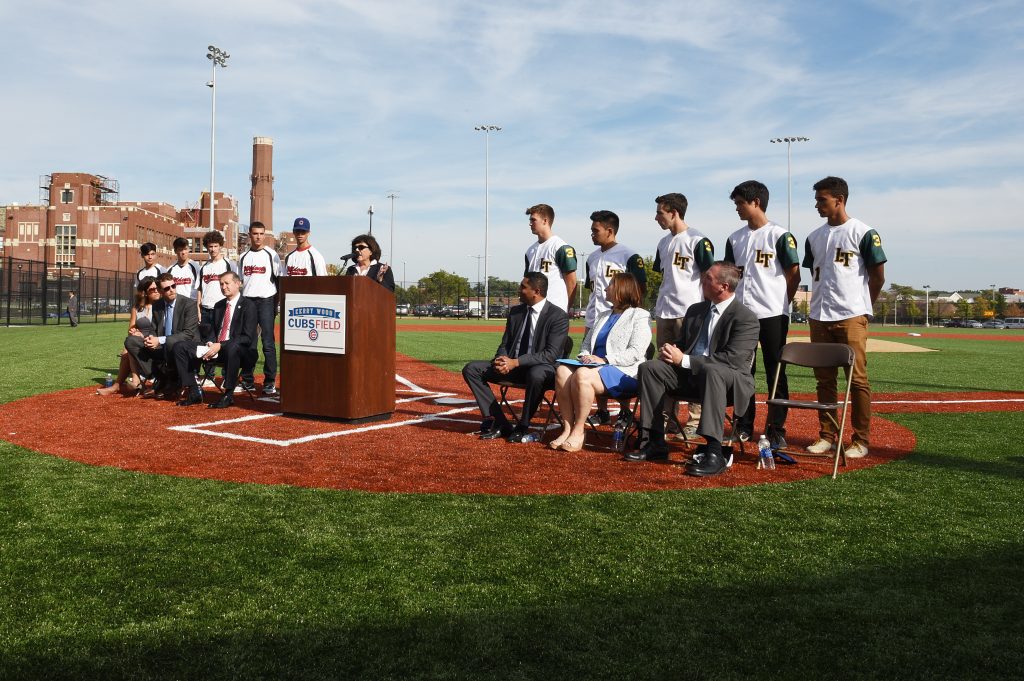 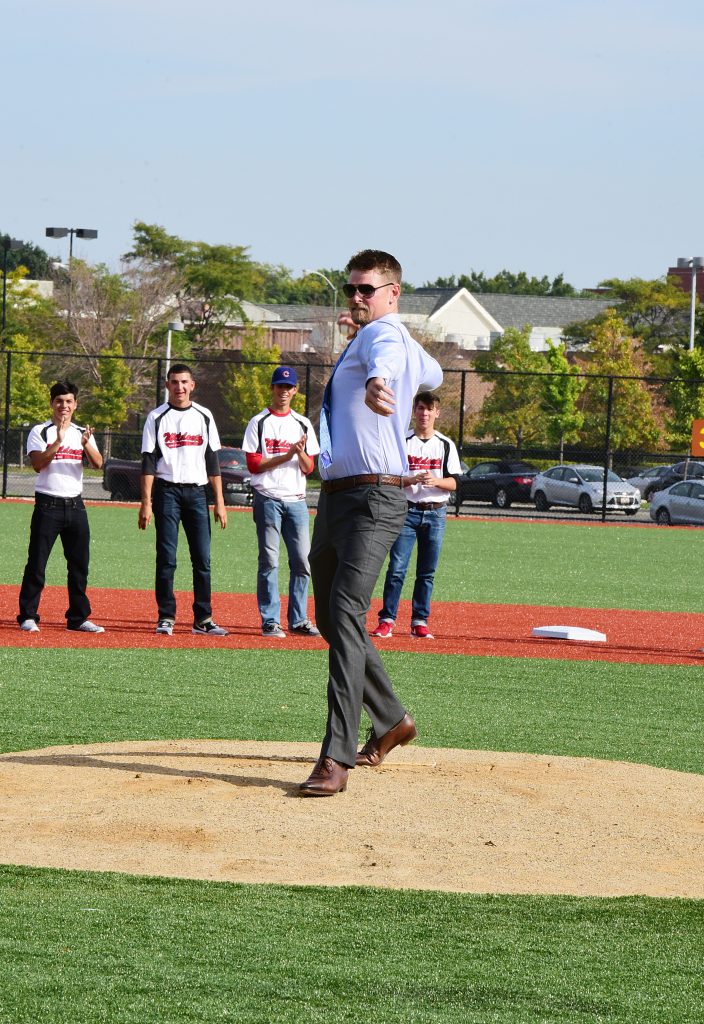 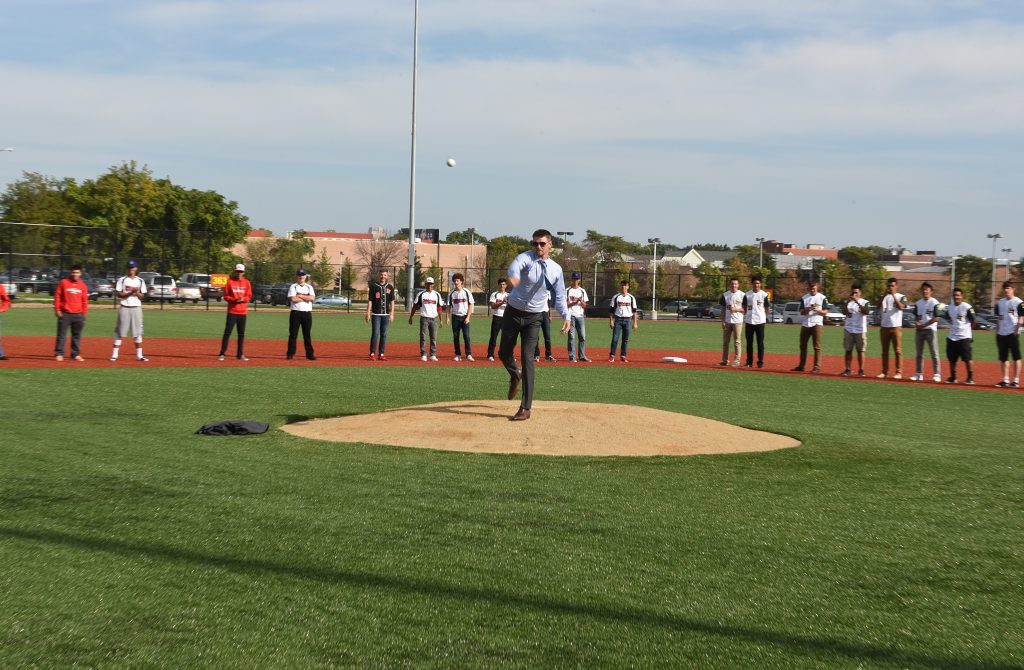 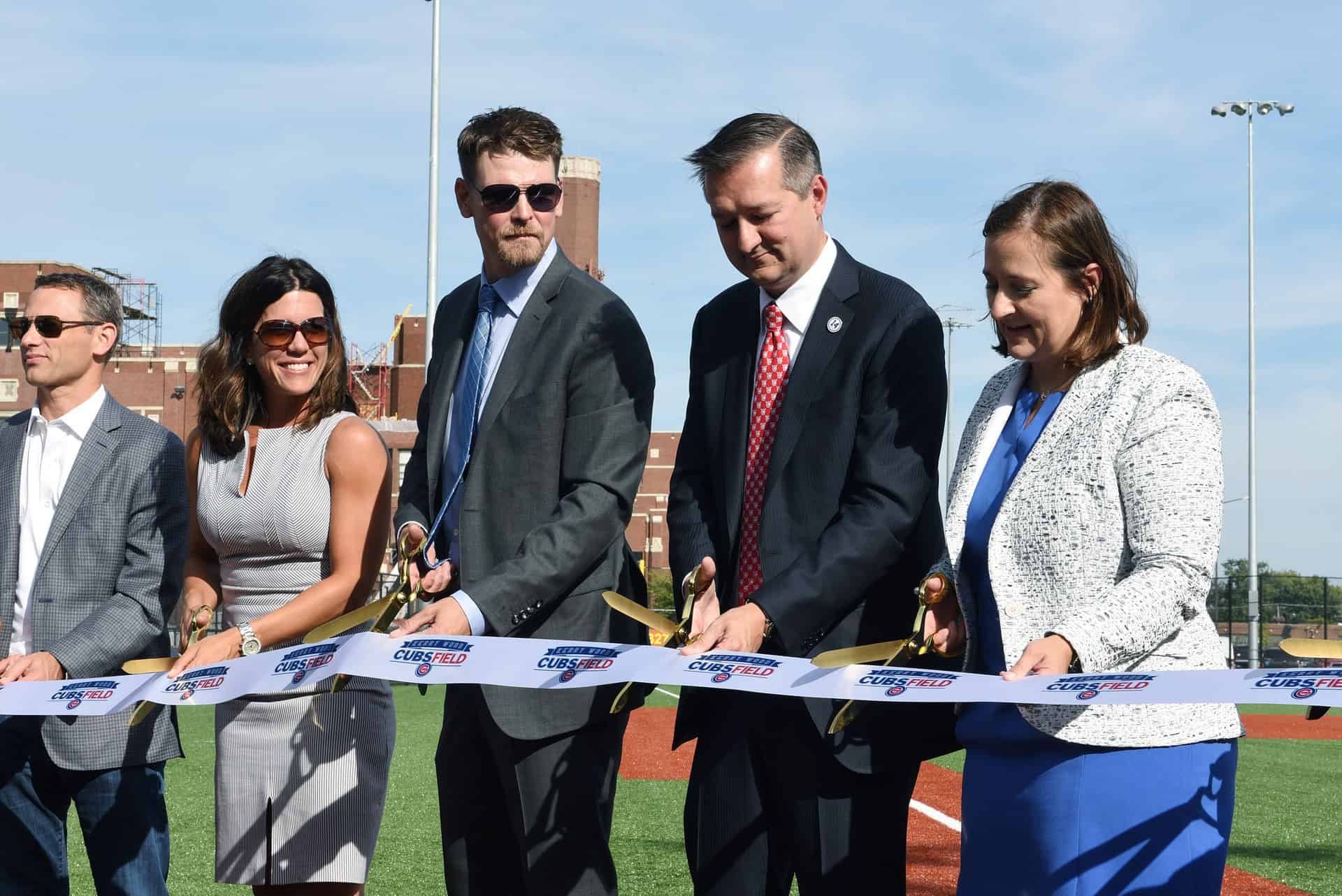