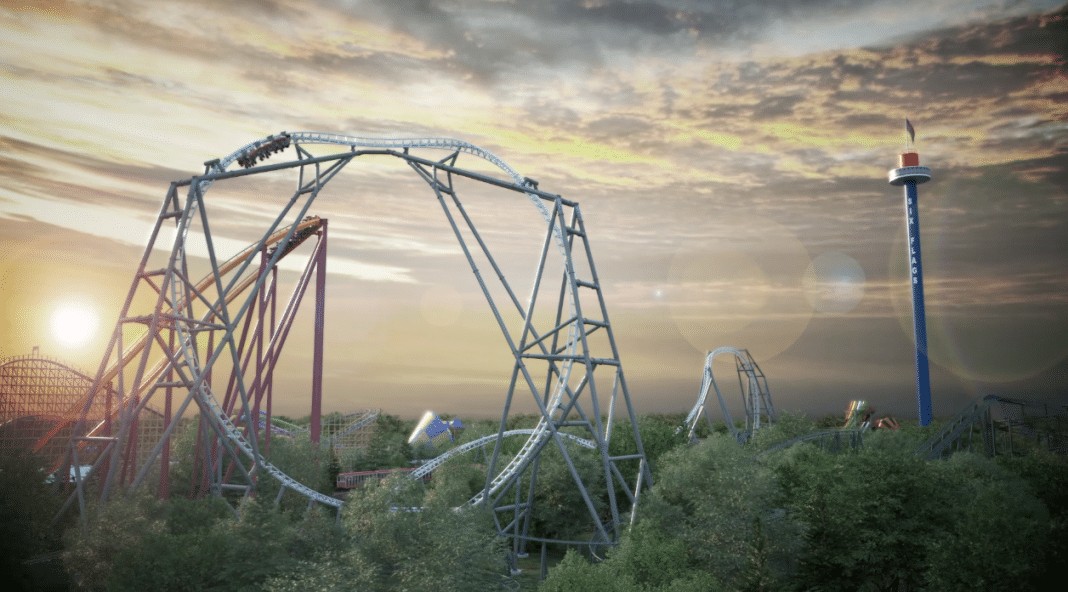 The rumors are true. Our prediction came through. SIX FLAGS GREAT AMERICA IS GETTING A FULL CIRCUIT LAUNCH ROLLER COASTER IN 2019.

Let’s all stop and take a breath.

Today, Six Flags officially announced the addition of Maxx Force, a roller coaster that will launch riders from 0 to 78mph in under TWO seconds. That is ridiculous speed.

After the launch, you will rocket straight up, 175 feet into the air. There you will head into a DOUBLE INVERSION. They’re calling it the world’s highest double inversion. I imagine you’re going to feel some weightlessness up there.

From there you travel straight down and UNDER the launch into a ZERO G ROLL at 60mph! That’s the fastest inversion of any coaster in the word. In total you’ll be going upside down FIVE TIMES.

You’ll be doing all of this while riding in one-of-a-kind custom coaster trains modeled after Formula One race cars.

Let’s take a look at the official MAXX FORCE LAUNCH COASTER promo video and break it down some more after:

To answer some of the other questions enthusiasts might have. I’m told this coaster won’t change any of the pathways in the park. I’m still waiting on confirmation on if that means Hurricane Harbor’s entrance won’t be moving. Let’s take a closer look at this thing from some screengrabs from the video.

First, the ride is going to launch UNDER THE TRAIN. 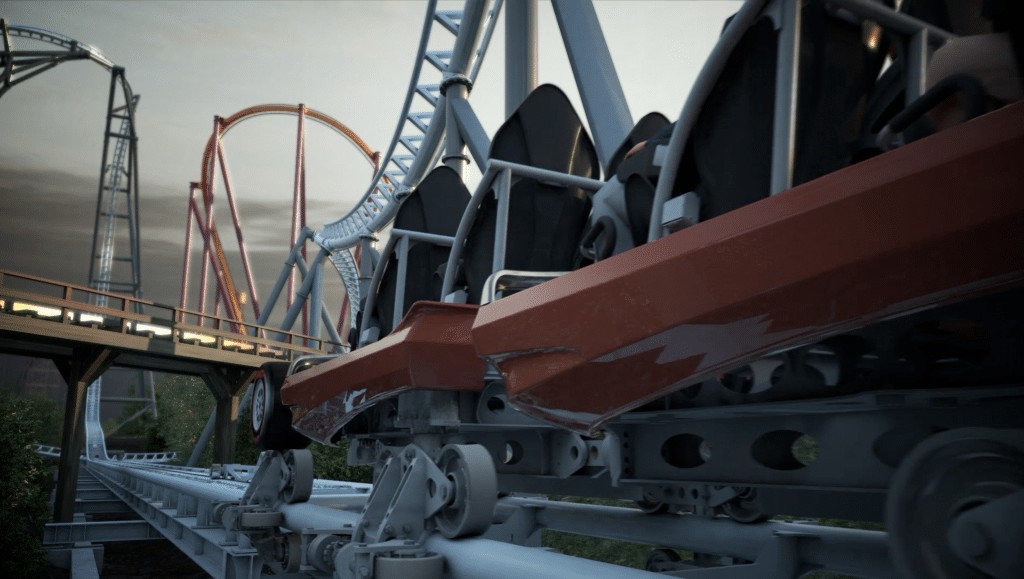 That will be an incredible feeling launching at such a fast speed with those tracks over your head. Here’s another fun element. It looks like there is a small airtime hill before you hit the big climb into the double inversion. That takes the coaster higher so the ride can double back underneath itself as you come back from the double inversion. Wow. 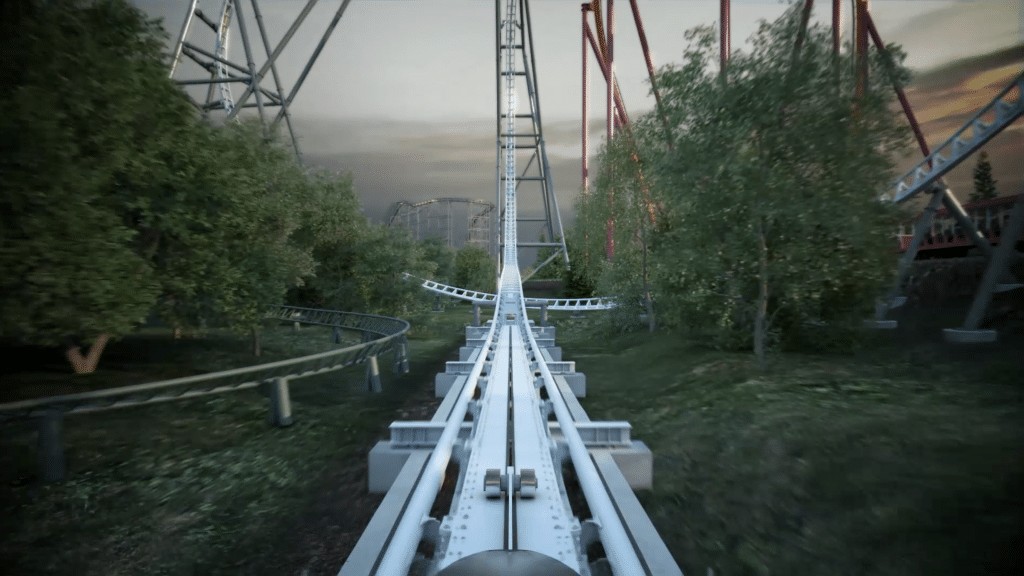 The park didn’t have a full rendering of the ride layout available at posting time, so let’s try to see just where this thing sits in the park. Take a look at this shot: 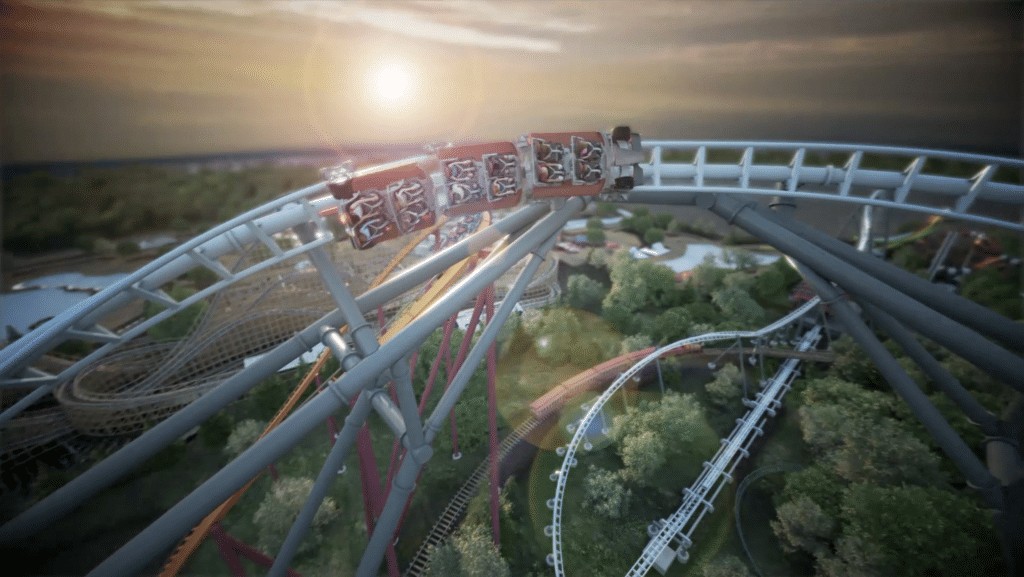 You can see the double inversion is going to extend between Raging Bull and Whizzer. The launch is RIGHT NEXT to one of Whizzer’s signature turns! It’s remarkable how they were able to utilize such a small space to fit in a massive ride like this. Check this out: 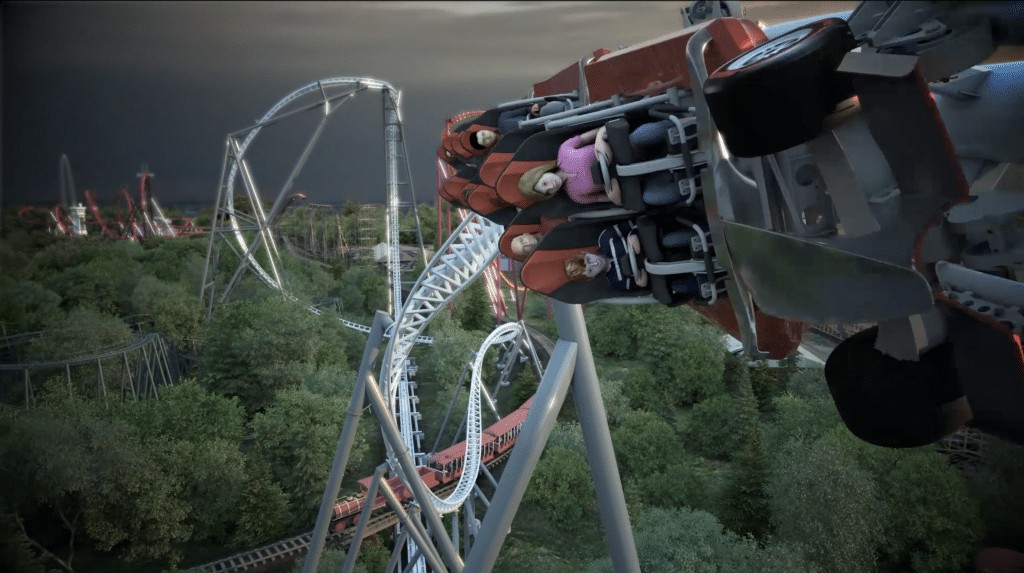 You can see how the ride weaves around the train with Whizzer off to one side and Demon’s lift hill in the back. Here’s one more: 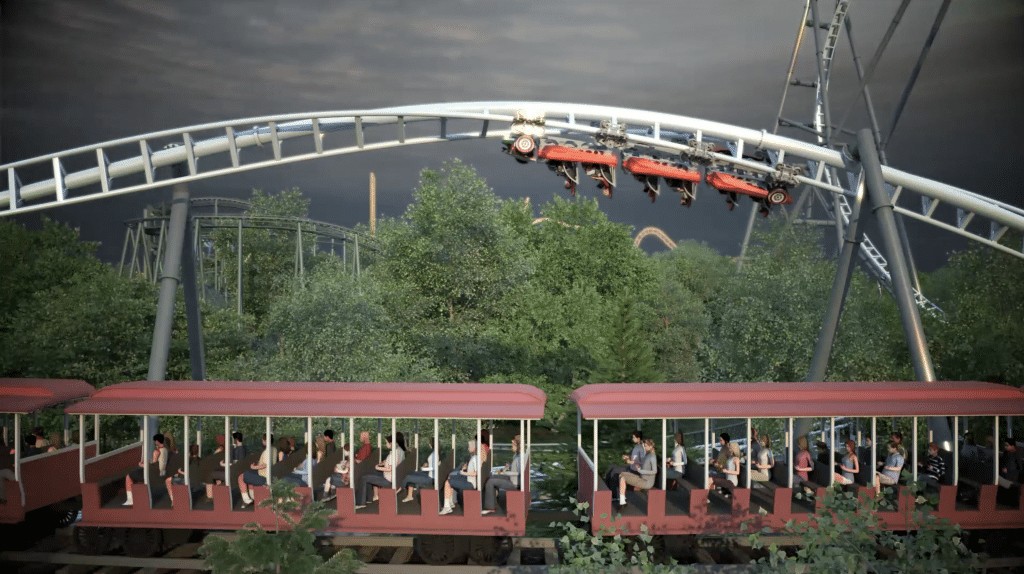 I just love this. Suddenly the train is going to be a must-ride attraction. You’ll be able to get views of this coaster you won’t be able to see anywhere else in the park!

And finally, let’s go back to those teasers. If you remember last week, I offered my prediction to what was coming to Great America based on all of the evidence. We were pretty darn close to perfect with this one! Here’s the video in case you missed it:

Let’s break down some of the “evidence” in the teasers and see how it panned out in reality! 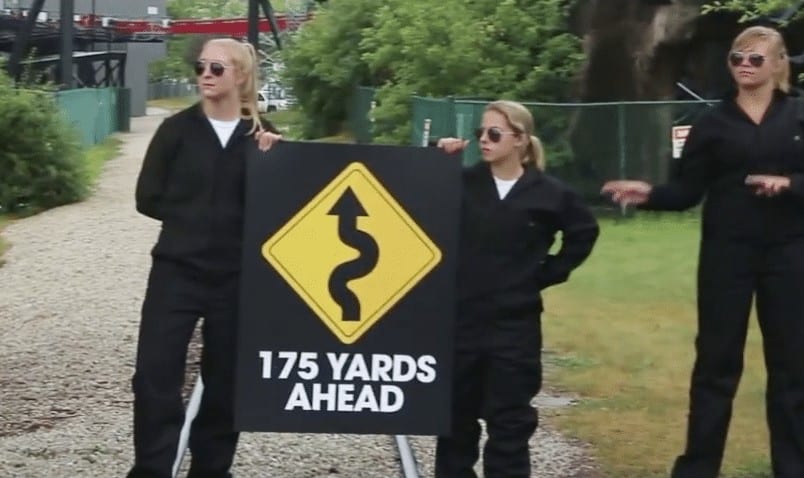 Obviously that is a reference to the 175-foot double inversion. You can see the two women spinning their arms, which should have been a dead giveaway. Then there was the two seconds… 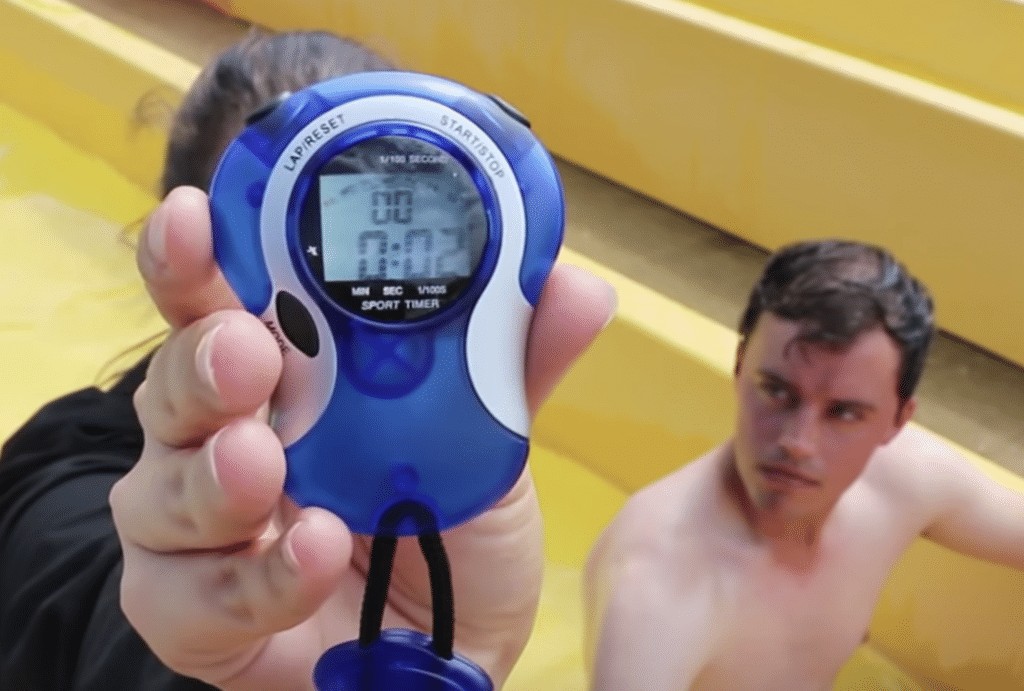 This obviously relates to the launch. This clue led many enthusiasts like myself to start leaning towards a launch coaster concept. What about that 1,000 SPF in the first video? 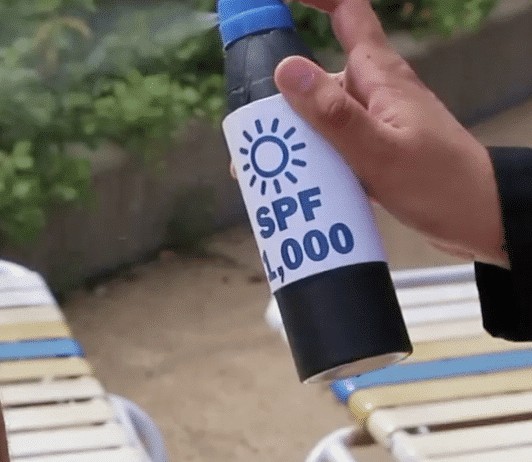 The park tells me Max needed 1,000 SPF because he was going to be so much closer to the sun while he was doing that double inversion. LOL.

Why did Max run through the park and around the Demon? They wanted him to travel near the double corkscrew, because the 175 foot inversion on Max Force is a double inversion also.

One more thing we all missed – the park was posting every teaser at 3pm on Thursdays. But the final teaser was posted 78 MINUTES EARLY, as in 78mph for the launch! Very clever.

I will be documenting the construction of Maxx Force all off-season long. Follow me here on the website for updates, on my YouTube channel, and of course on my WGN Morning News segments. We’ll have to see when it’s scheduled to open. That date can’t come soon enough.

What do you think about the ride? Excited?