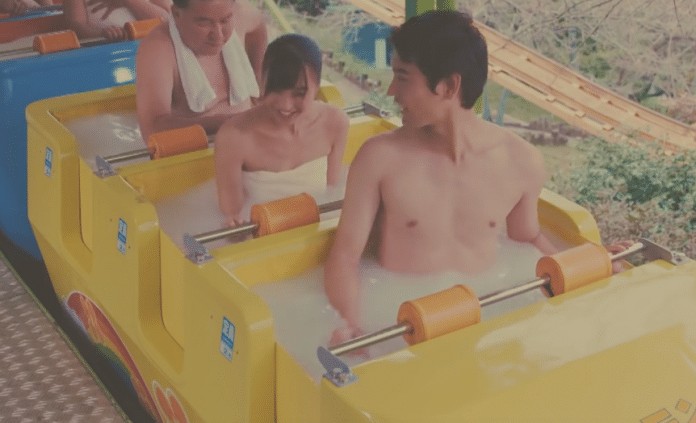 The mayor of Beppu, Japan posted this bizarre video online, featuring a concept for a new theme park / spa. It would have roller coasters with trains full of spa water. Riders would hop in the car wearing their spa towels. As the trains travel around the tracks, the warm water splashes on other visitors below.

The mayor said if the video received a million views, they would move forward with this concept. According to reports, officials have announced that they are indeed moving ahead with the project and they are asking designers to submit ideas of attractions. Take a look at the video….

How do you go about filling the roller coaster trains with the water? Will it be treated “spa water” or natural hot spring water? How will you get it into the station and refill it, assuming that much of it splashes out of the train during the ride? How do you heat it? These are all questions that need to be answered – by me – when my boss sends me to Japan to cover this very important story!