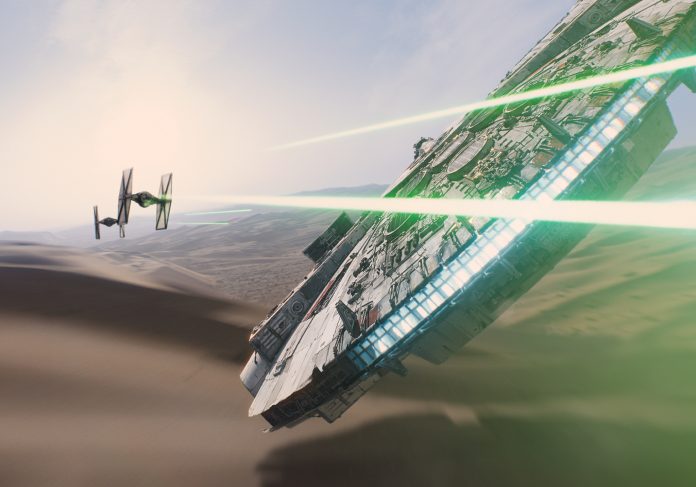 It didn’t take too long for “The Force Awakens” to hook me. I would guess it was about 10 minutes – and one line of dialogue.

Do I talk first?

After three episodes that were heavy on explanation and painfully lacking in the “normal human communication and emotion” department, here is a movie that recaptures the magic that made the original “Star Wars” trilogy so darn captivating. We have real people who genuinely care for each other, banding together to save the galaxy from an entity driven by those who have given themselves over to the dark side.

“Star Wars: The Force Awakens” takes place 30 years after the events in “Return Of The Jedi.” The party on Endor is over. The Empire may be no more, but there is something else just as nefarious trying to take control of the galaxy. They call themselves The First Order, and they are trying to locate one of the main characters from the first movie who has gone missing and the less you know about all of this the better so I will just stop this sentence from running on and on and on.

If you have spent any time on our planet over the last few years, you know that many of the original cast members reprise their roles in this new movie. Director J.J. Abrams and co-writer Lawrence Kasdan have come up with some clever ways to re-introduce many of the characters and elements fans hold dear. Some elements sneak up out of nowhere, packed right in the middle of a thrilling scene. Others are given more time to let the audience take in the moment. But Abrams thankfully avoids turning “The Force Awakens” into a two hour “HEY REMEMBER THIS WASN’T THAT AWESOME!” movie. It has a great flow to it.

I can’t tell you how you will feel watching this movie. But I can tell you that I am a big fan of “Star Wars” – the movies, the mythology, and that battle inside of ourselves between the dark side and the light.

This movie made me feel great.

For the first time in a while, I was watching NEW STAR WARS(!). It’s NEW STAR WARS that felt like it was made by somebody who understood the “Star Wars” that I love.

And surprisingly, what I loved most didn’t come from the characters we already know (although in many spectacular ways, this is Han Solo’s movie). It’s the new additions like John Boyega who gives Finn his sincerity and eagerness. It’s Daisy Ridley who brings Rey her strength and charm. 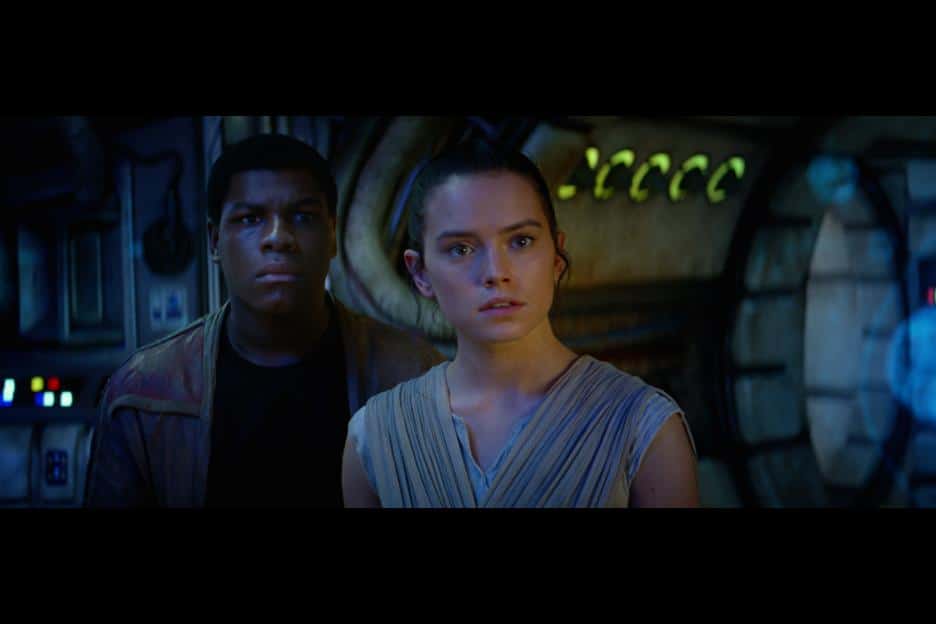 It’s Adam Driver and the desperation of his villain Kylo Ren. It’s the effects team and their design and execution of BB-8, a droid with all of the character that made R2-D2 a pop culture icon. Abrams and his team have put their focus on the actors, performers and technicians who bring these stories to life. The future of this franchise is in great hands.

That said, there are things that don’t work – things I won’t get into here to avoid potential spoilers. I will just say that the movie raises a lot of questions that go unanswered. While the prequels were too heavy on exposition and explanation, we don’t get nearly enough of it here. A lot of things have happened to these characters over the past 30 years and the attempts to fill in the gaps are somewhat clunky. They often end up raising even more questions than they’re trying to answer.

That is the dark side of my “Star Wars” fandom coming out again. There are moments in this movie that will be debated. There are decisions Abrams & Co. have made that will be controversial. And there are plenty of little things that I can’t get past like where the Empire/First Order has the means and intelligence to build these gigantic weapons yet can’t remember to build a simple guardrail.

But this is a movie that overcomes all of those small gripes. “The Force Awakens” is all about pulling off that dusty canvas, popping the hood and jump-starting your “Star Wars” heart.

Welcome back and enjoy the ride.

The “Leshock Value” movie reviews are based on a $10 box office ticket price. $10 is a lot of money to spend on a ticket, so Marcus will tell you what the movie is really worth.