“You HAVE to go to Holiday World!”

I can’t tell you how many times I have heard that from people since I started doing these roller coaster segments on WGN TV. Holiday World & Splashin’ Safari may not have a giant corporation running the show with a giant marketing agency promoting them all over the world – but they have a HUGE fan base. People come from all over the world to visit the park….and after taking my first trip there….I can see why.

Holiday World is located in Santa Claus, Indiana. Yes…that is the real name of the town. It was founded under the name Santa Fe. In 1856, when the town was applying to get a post office, they were told they needed a different name. Santa Claus was the big winner.

Driving up to the town, the theme park just pops up out of nowhere. There’s no more glorious sight than driving through trees and cornfields for hours….then suddenly…ROLLER COASTERS. 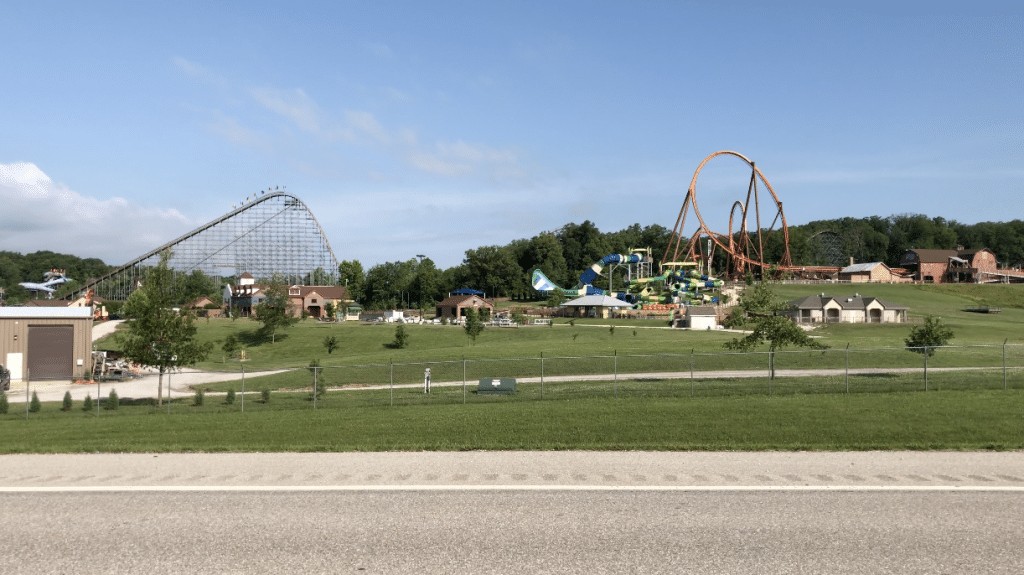 THIS PLACE IS CLEAN

You’ve seen the Golden Ticket Awards, you know Holiday World always wins the cleanest park award. I’m here to tell you that it’s no joke. The place looks like it just opened yesterday. At one point I dropped a receipt from my pocket and found myself in a panic making sure it didn’t blow away. You know when you walk into somebody’s house and it’s spotless and you feel like you need to be on your best behavior because you don’t want to be the slob that screws it up? That’s what Holiday World is like. Not only is it clean, but the staff is so darn nice and friendly you feel like you’re in somebody’s home and you want to take care of it.

Holiday World has been a family run business since it opened way back in 1946. They’re now on their fourth generation of family ownership. Family is a big theme here. They have rides for all ages, on the dry side of the park and in the water park. But where they really set themselves apart is in the small details…

Yes, the rumors are true. All throughout the park you’ll find “Oasis” stations with FREE soft drinks. You just grab a cup and pour yourself any of the many Pepsi products on hand. As much as you want. Whenever you want. In addition to that, they have sunscreen stations throughout the park. And parking is free. So is the WIFI. What started as a crazy idea from former park president Will Koch has put Holiday World on the map. They say the idea is to make families feel like they’re not taken for every dollar they have.

Holiday World doesn’t have the number of coasters other parks boast, but they make up for it with some really unique rides.

The Raven is one of their wooden roller coasters. Don’t let the 85 foot drop trick you into thinking this is a kiddie ride. First of all, the ride is mostly hidden in the trees, so when you’re waiting to get on, you can’t see what’s awaiting you. This ride is packed with all kinds of tight turns. A fun, traditional woodie.

The Legend opened in 2000, just a few steps away from The Raven. This ride is wild. It’s a bit taller than Raven with even more crazy turns. What’s really cool about this – former park president Will Koch posted initial plans for the ride online and asked for input from coaster enthusiasts. The result is a coaster that throws you out of your seat in all directions. Sadly, Will passed away suddenly eight years ago. He was just 48 years old. His legacy is stamped all over the park – you can tell he was a man with tremendous vision and the industry suffered a huge loss with his passing.

The Voyage is the park’s biggest wooden coaster. Once again Will Koch set out to get input from coaster enthusiasts, but from the conversations I’ve had with people at the park, so much of Will’s vision went into this ride. It’s 163′ tall and hits a top speed of 67 miles per hour. The ride seems to get faster as it goes on. And it goes ON. It’s the second longest wooden roller coaster in the world. The Voyage has five tunnels – the tunnel right after the midcourse break run features a TRIPLE DOWN. I swear you can feel the temperature change while you’re in it. The Voyage is regularly ranked as a top wooden roller coaster – as of this writing, it’s my favorite.

Thunderbird is the park’s first major steel coaster. It’s a B&M wing coaster that has you sitting on the outside of the track. What’s unique about this one – it features a launch that takes you from 0-60 in 3.5 seconds. The theming is top notch as well. You start in a large barn….and just as some smoke starts to fill the room….you get blasted into a straightaway before you fly up into an Immelmann. There are some fun near-misses throughout the ride as well. TIP: Sit in the back row, right side, outside seat. Best seat on the ride.

I probably should have talked about the waterpark earlier in this post. Simply put – this is one of the best water parks out there. There are a ton of rides and attractions and everything is so spread out. So often I go to waterparks and you feel like you’re packed in there with a million people. It was a busy day when I went….but it never felt busy. That’s because of all of the space. The park is home to two incredible WATER COASTERS…

Wildebeest has you in a boat with four people, shooting up and down hills and getting some airtime.

Mammoth is even bigger. It has you in six passenger rafts going up and down hills and through tunnels. The really cool thing here – the rafts naturally spin, so every ride you take is a little bit different. 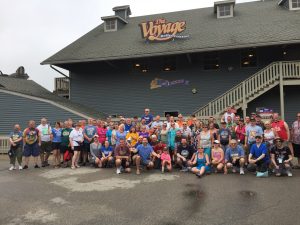 I was also at Holiday World to visit with the Roller Coaster Club of Great Britain. 75 coaster enthusiasts from England traveled across the midwest, visiting 15 parks in 16 days! That more than 100 roller coasters in just over two weeks. They’re a great group and were a lot of fun to hang out with. As you can see in my Voyage video above, I rode with Ryan Hackett, one of their members. He’s a huge Voyage fan and even has a Voyage tattoo on his leg! I also spoke with their founder Andy Hine who told me how the group began and what these trips are like. Here’s the segment…

I stayed at Santa’s Lodge on my visit. As the name suggests, the entire place is decked out in Christmas stuff. A sign greets you on the way in telling you how many days are left until Christmas. Here are some photos… 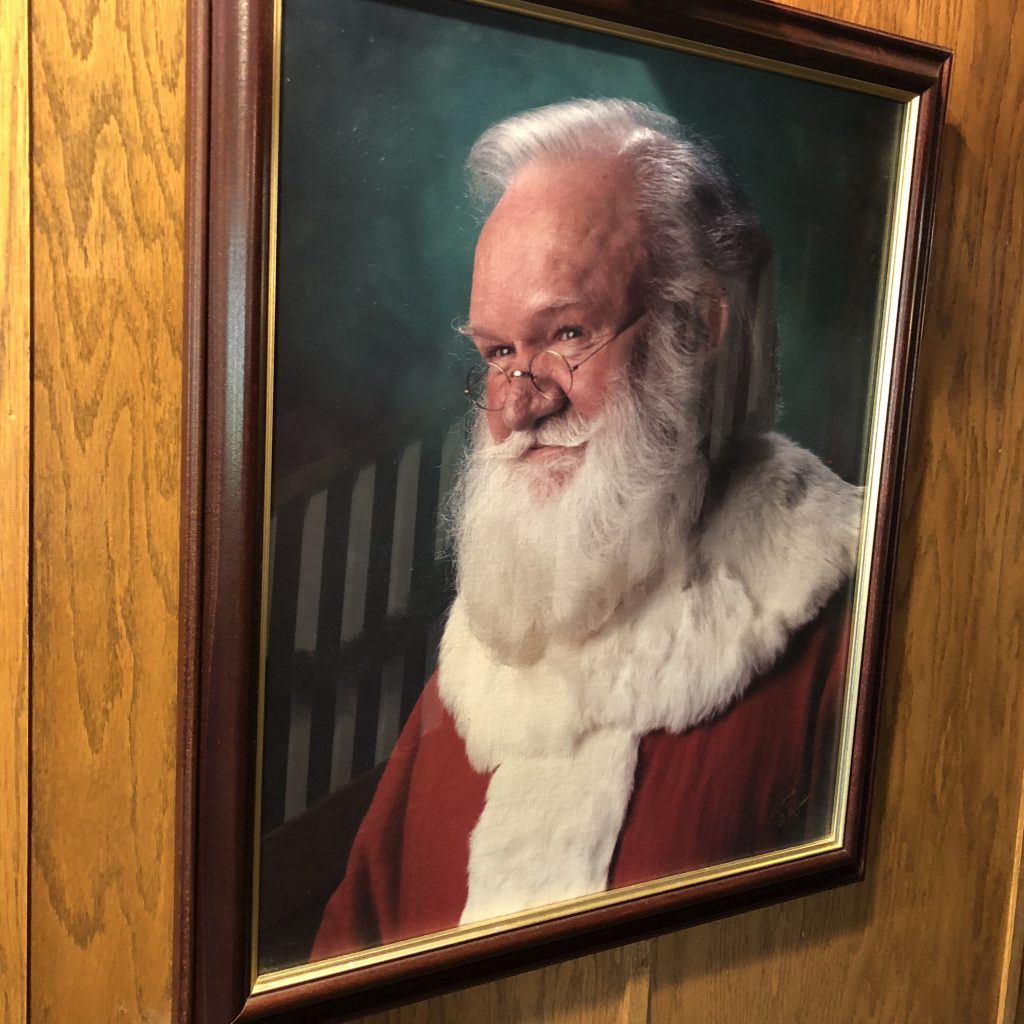 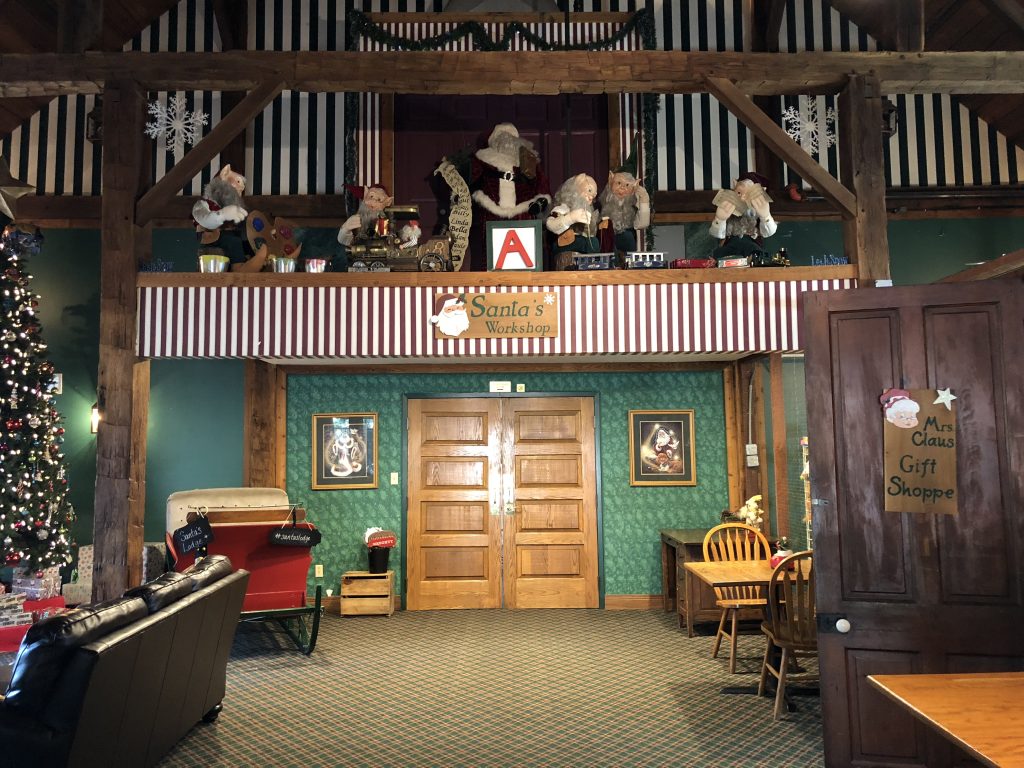 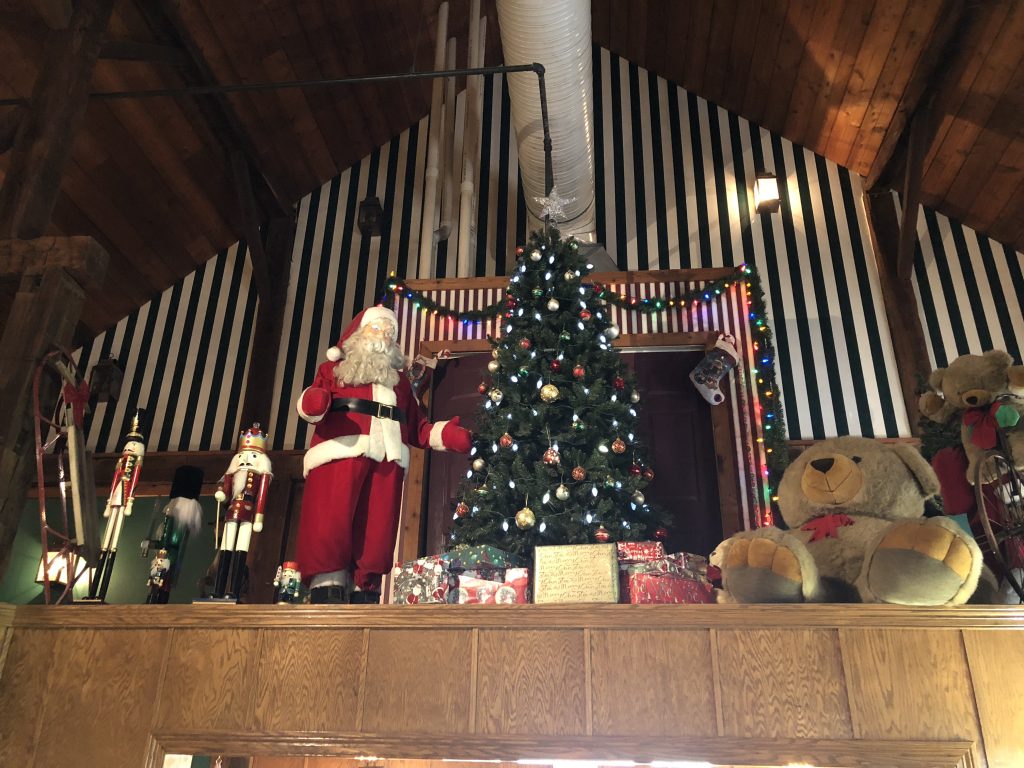 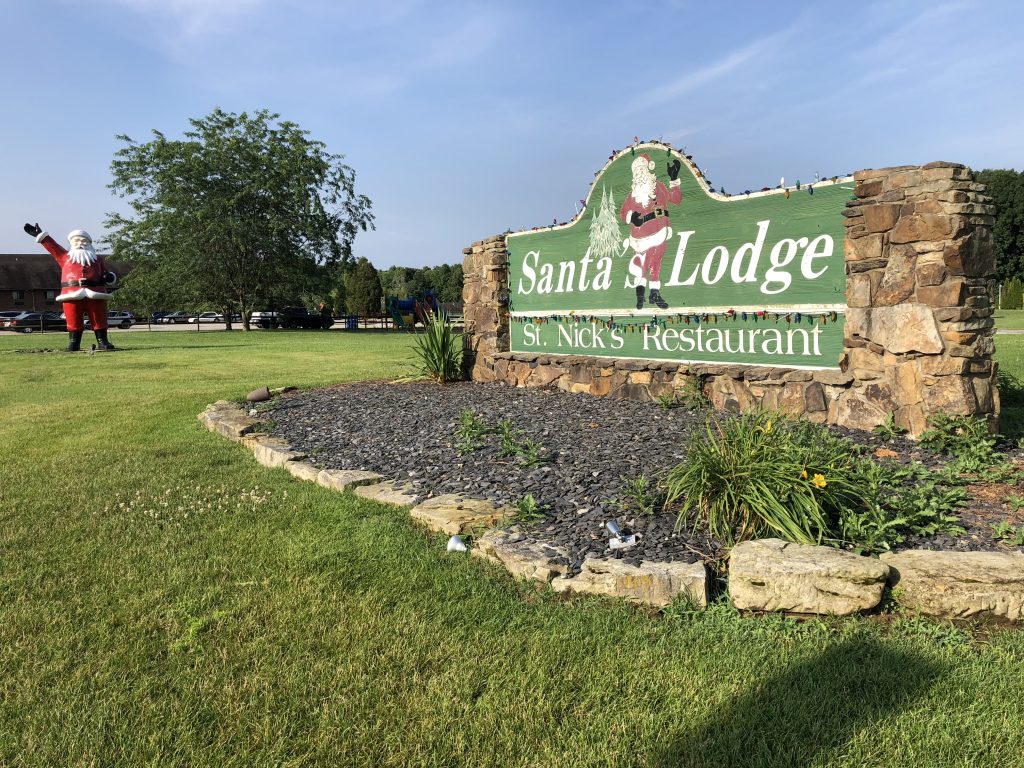 Lake Rudolph Campground & RV Resort is another option that gets a lot of great reviews – so many of you sent me comments saying I need to stay there next time. They offer campsites and also cabins for rent.

If you venture a few minutes outside of Santa Claus to Dale, Indiana – Los Dos Charros has some solid Mexican food at a good price. I was “that guy” who walked into the restaurant about 10 minutes before they close, and they sat me and took my order no problem. The food was great and service was excellent.

If you’re one of our Chicago viewers reading this, here are a few spots I recommend on the way down or the way back..

On my way to @HolidayWorld! Stopped at the @eastendgrill1 in downtown Lafayette IN for lunch. Perfectly grilled flank steak sandwich with bacon onion jam and Boursin cheese. Yuuuuum. 🥩 💯 pic.twitter.com/ZzHQ5Q11Mg

Fante’s Coffee in Louisville roasts their coffee right there in the shop. You can watch it all happen behind some big glass doors. The coffee is outstanding and they have some great sandwiches as well. The space used to be somebody’s home – it still has that cozy feel to it but it’s really modern with some great outdoor seating. You can see all kinds of photos and videos I shot in this Twitter thread:

Holiday World is in the books. Where should I go next? Let me know on all of my social platforms. You can find me on Facebook, Twitter, Instagram and Snapchat.