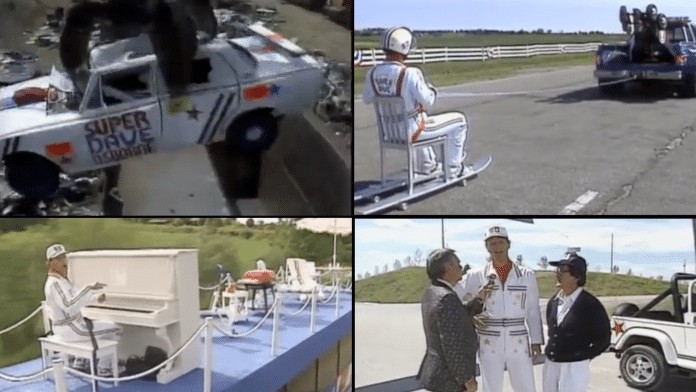 What a sad day yesterday.

Einstein was most recently known for his work as Marty Funkhouser on “Curb Your Enthusiasm,” but I remember him most as Super Dave Osborne. He made countless appearances as the death-defying stuntman on late night shows and other specials. Super Dave knew how to set up a bit. It was always a slow burn full of subtle humor, leading up to a major stunt that was destined to fail in hilarious ways.

Over the last 24 hours I’ve been watching so many classic Super Dave clips. We shared a few of these on WGN Morning News this morning. I forgot how funny he was.

Bob Einstein was 76 years old and he will be missed. Here are some of Super Dave Osborne’s best moments…

Here he shows off some new boxing technology. One of his many hilarious appearances…