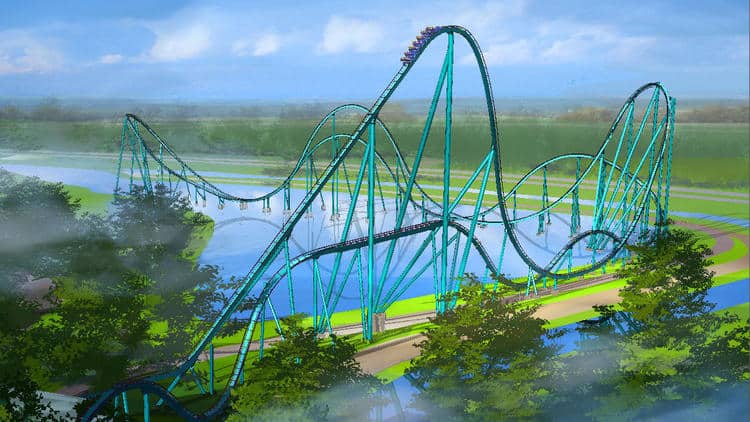 This week, SeaWorld unveiled plans to build Florida’s first hyper, the shark-themed “Mako.” It’ll be 200 feet tall, 4,760 feet long, and hit a top speed of 73 mph. Believe it or not, that’ll make “Mako” the tallest, fastest and longest thrill ride in central Florida. More from the Orlando Sentinel…

“The addition, originally announced April 24, will be a good move for SeaWorld, which has suffered in its public perception in recent years, said Robert Niles, editor of Theme Park Insider website, which covers the industry.

“It’s about the safest possible bet that SeaWorld could make,” he said. “[Manufacturer] Bollinger & Mabillard coasters have wonderful reputations. They’re always a hit when they they’re installed someplace.”

There will be neither inverted twists nor legs dangling from the trains on Mako. Reining in the intensity level compared with new extreme coasters in parks elsewhere is a strategic move, Niles said.

“The baby-boom generation still remains strong in the travel marketplace, and their extreme-coaster riding days are long past,” Niles said.”

Check out the “Mako” POV video….