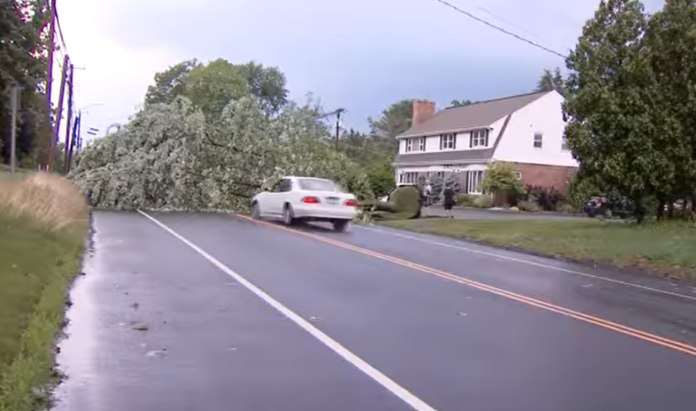 NBC Connecticut was on the scene getting video of storm damage when something strange happened.

They were getting some shots of a large tree that had fallen in the road, when out of nowhere, a driver in a Mercedes comes flying into the frame.

The driver slows down at the last moment but continues driving right into the large tree. Either the driver wasn’t paying attention and didn’t notice the very large tree in the road – or they thought they might be able to drive right through it.

The driver backs up after the collision revealing some damage to the vehicle. In their Facebook post with the video, NBC says they asked the driver if they were injured and they said they were OK.

You can see the video as the driver crashes car into downed tree here…..

The video has been shared more than 16,000 times on Facebook. More trending news here.