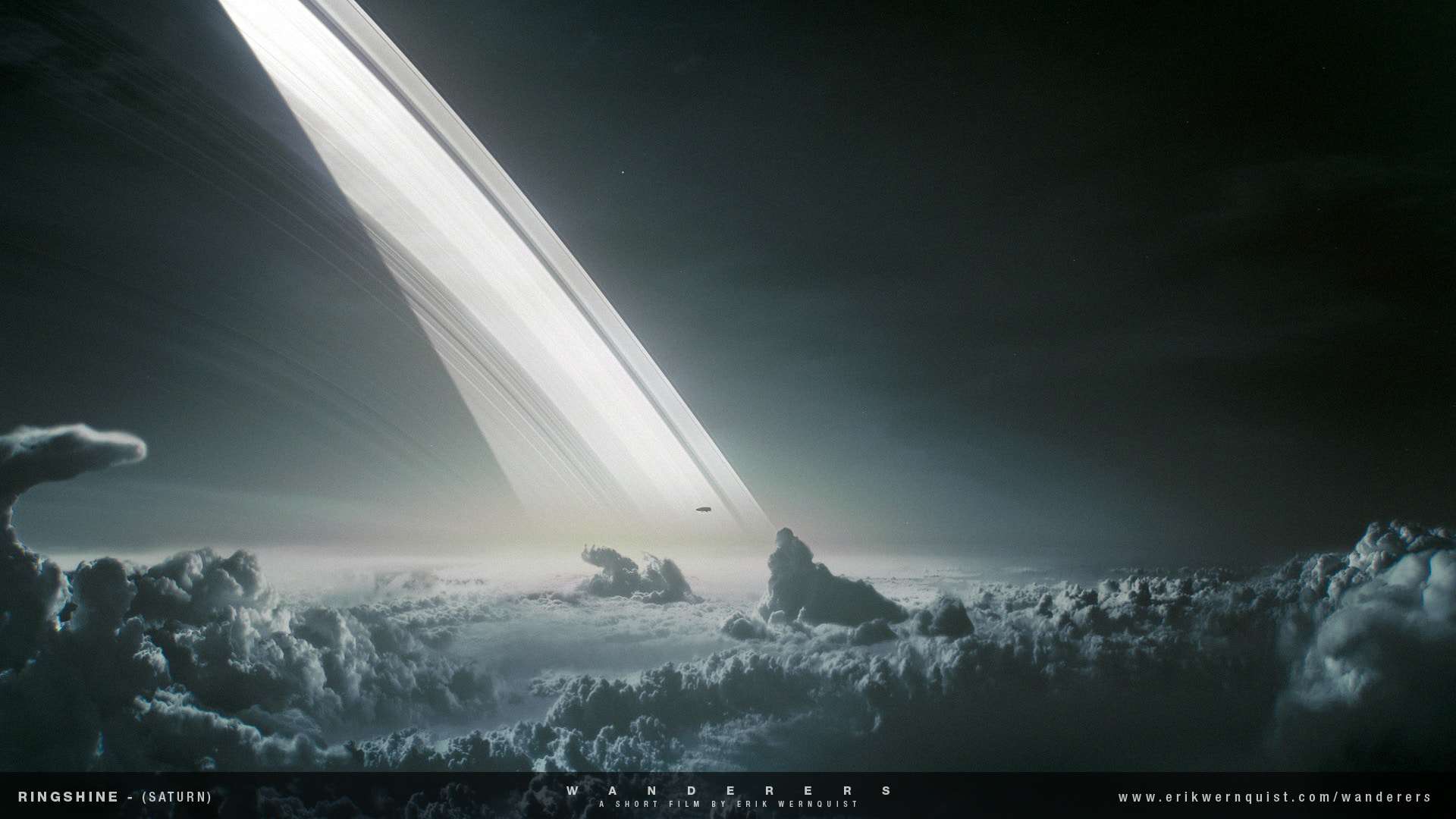 I’ve spent most of the month of November buried into a book about the creation of the solar system. I’ve also been searching Google for everything I can read about black holes, wormholes, anything space. It’s what an IMAX screening of INTERSTELLAR did to me. It jump started my fascination with the universe – how big it is, how small we are, and the amazing things we are capable of doing.

So here comes another film – but instead of three hours, it’s just over three minutes. It’s called WANDERERS, directed by Swedish digital artist and animator Erik Wernquist. The WANDERERS short film envisions mankind’s future expansion into the universe. From the website….

The title WANDERERS refer partly to the original meaning of the word “planet”. In ancient greek, the planets visible in the sky were collectively called “aster planetes” which means “wandering star”. It also refers to ourselves; for hundreds of thousands of years – the wanderers of the Earth. In time I hope we take that leap off the ground and permanently become wanderers of the sky. Wanderers among the wanderers.

The voice you hear in the short is astronomer and author Carl Sagan – an audio recording he made of his book “Pale Blue Dot: A Vision of the Human Future in Space.” Watch the video below! (h/t The Verge)