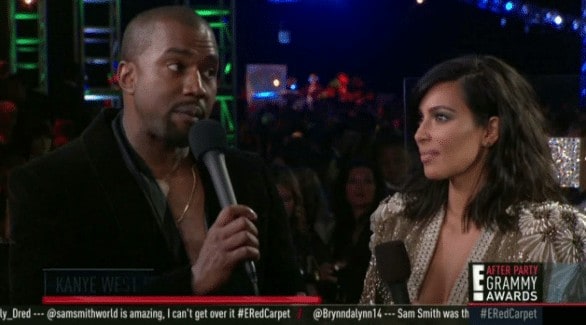 Most people watch the Grammys for the performances, but there are a few people out there who still get wrapped up in who wins the awards.

Kanye West appears to be one of them.

After Beck won Album Of The Year, Kanye followed him on stage in what looked like a playful send up of his Taylor Swift moment where he told the world Beyonce had the greatest video OF ALL TIME. But all thoughts that he was kidding have evaporated after he voiced his opinion to E! after the show.

Here are his comments in full….

I understand that Kanye feels Beyonce should have won the Grammy. I love his passion and how vocal he is about his love for Beyonce’s work. But how does Beck winning a Grammy diminish art? Does he really think Beck isn’t an artist? I wish he could just praise Beyonce, even say she should have won, without making it seem like Beck is a jerk for accepting an award that was given to him.

What do you think?