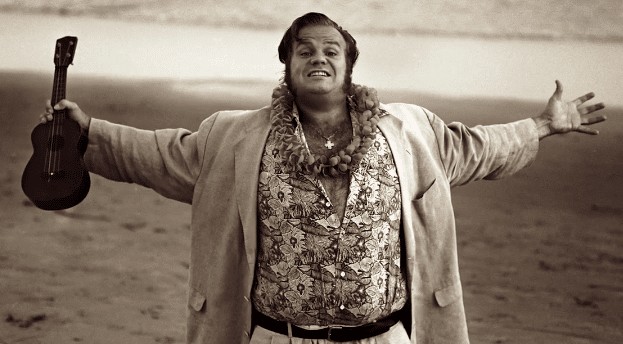 “Everybody cries through this, right?”

Bob Sagat puts it best in the first I AM CHRIS FARLEY trailer, the new documentary about the comedian’s life. Many of Farley’s colleagues are featured in the film, including Adam Sandler, David Spade, Christina Applegate, Tom Arnold and more.

I AM CHRIS FARLEY opens in theaters on July 31 with a video-on-demand and DVD release date of August 11. Watch the trailer below….