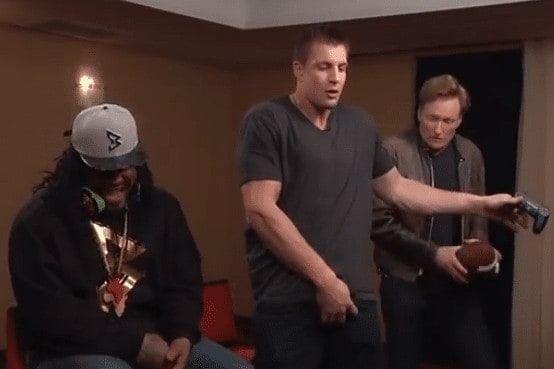 Somehow, Conan managed to get Seattle Seahawks running back Marshawn Lynch to sit down with New England Patriots tight end Rob Gronkowski in a Marriott Courtyard hotel somewhere in Arizona, to play the yet-to-be-released Mortal Kombat X and chomp on some Skittles.

That’s pretty much it. Video above.