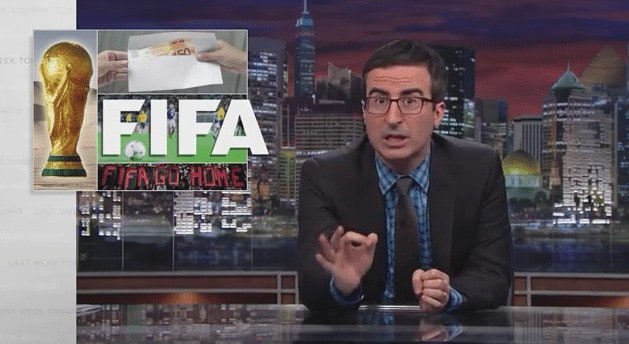 It’s been the big news across the world today. 14 people were indicted on corruption charges, including some high level FIFA officials who were accused of taking more than $150 million in bribes.

Why is this a big deal? FIFA is the organization that puts on the World Cup, one of the most watched and attended events on the planet.

Last year, John Oliver dedicated one of his segments to the organization, complaining about how this very thing is tarnishing the game he loves so much. It’s worth another watch, nearly one year later. Take a look…